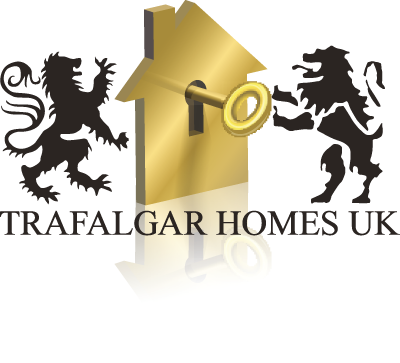 Energy efficient homes use renewable energy which is generated from natural resources such as the sun, wind, and water, by using technology which ensures that the energy stores are naturally replenished. Instead of buying all of your energy from suppliers, you can install renewable technology (also called micro generation and low-carbon technology) to generate your own.

The benefits of installing renewables?

Solar tiles - Designed to be used in place of ordinary roof tiles. A system made up of solar tiles will typically cost about twice as much as an equivalent panel system. Solar tile systems are not normally as cost-effective as panel systems, and are usually only considered where panels are not considered appropriate for aesthetic or planning reasons.

Solar Panels - Electricity systems, also known as photovoltaics (PV), capture the sun's energy using photovoltaic cells. These cells don't need direct sunlight to work – they can still generate some electricity on a cloudy day. The cells convert the sunlight into electricity, which can be used to run household appliances and lighting.

Ground source heat pumps (GSHPs) - Use pipes which are buried in the garden to extract heat from the ground. This heat can then be used to heat radiators, under floor or warm air heating systems and hot water in your home. A ground source heat pump circulates a mixture of water and antifreeze around a loop of pipe, called a ground loop, which is buried in your garden. Heat from the ground is absorbed into the fluid and then passes through a heat exchanger into the heat pump. The ground stays at a fairly constant temperature under the surface, so the heat pump can be used throughout the year.

Other examples of energy savings used in energy efficient homes

Lighting - This accounts for 15 per cent of a typical household’s electricity bill. You can cut your lighting bill and energy use by changing which bulbs you use and how you use them. Houses typically use a mixture of standard light fittings and down lighters or spotlight fittings. Energy efficient bulbs are available for both types of fittings. There are two main types of energy efficient light bulbs available in the UK. Compact Fluorescent Lamps (CFLs) and Light Emitting Diodes (LEDs). Both CFLs and LEDs are a cost-effective option for most general lighting requirements. Replacing a traditional light bulb with an LED of the same brightness will save you about £3 to £6 per year.

Energy Efficient Windows - Double glazed windows have two sheets of glass with a gap in between, usually about 16mm, to create an insulating barrier that keeps heat in. This is sometimes filled with gas. Triple glazed windows have three sheets of glass, but aren’t always better than double glazed windows. To choose the most energy efficient window, look for the BFRC rating. Energy efficient windows come in a range of frame materials and styles. Performance criteria vary according to how well they stop heat from passing through, how much sunlight travels through the glass and how little air can leak in or out around the window. The most energy efficient type for double glazing is low emissivity (Low-E) glass. This often has an invisible coating of metal oxide, normally on one of the internal panes. This lets in light and heat but cuts the amount of heat that can get out. Very efficient windows cqn even use gases such as argon, xenon or krypton in the gap between the sheets of glass. The most commonly used frame material for energy ratings is uPVC as it last a long time and may be recycled. Composite frames are frequently also used primarily for doors. (All of our homes are built with Composite front doors)

For information on the 5 of the most energy efficient UK homes please click here.